The Sound of Awesome: D S Taylor's Book about a Girl, an Egyptian Prince, and The Shepherd King


I've got a special treat for you today, my best kept secret--David S. Taylor who blogs over at DS Taylor. I've been following David for a while and he's a great guy. I love his posts and sarcastic humor, especially on writing, twitter, blogging and anything in between. Plus, he's a Sansa Stark fan--what's not to like about this guy?! 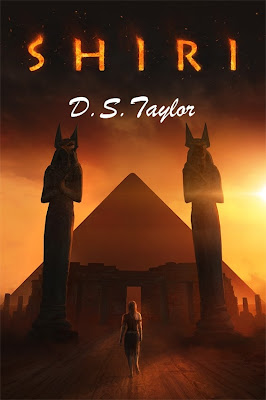 But the real reason I've managed to get his elusive internet-self over here, is so we can talk about his new release, SHIRI.

David describes his book as historical fiction verging on fantasy because as he puts it, "I don't let history get in the way of a good story!"

I told you he was awesome!

Here's the book's blurb to wet your appetite and get you in the mood while I run out for a quick wardrobe change . . . (;
Shiri blocks her ears to her mother’s screams, sees the arrows strike her father’s chest. With their murderers bearing down on her she turns to obey his final command. “RUN!”

Amenhotep, Prince of Egypt burns her village, enslaves her people, and destroys all she loves. Only Shiri escapes. With tears in her eyes and vengeance in her heart, she races to warn the Shepherd King. If she doesn't reach him in time, all Palestine will burn.


It’s a race that takes her from the fields of Armageddon, to the sands of Ancient Egypt and the very heart of Pharaoh’s court. It’s a struggle that brings the deaths of kings and the birth of a god. It’s a quest that sees her fall in love.

But in a world of masters and slaves can such love really survive? The man she loves is known to all others as Yuya. He is the mysterious new governor of a powerful Egyptian city, and high priest of ‘The Jealous God.’ He is determined to set her people free. Only Shiri knows his true identity and must protect it at all costs, for he is Josef, son of the Shepherd King, and without him, all is lost.

When I read the blurb I was hooked, and wondered what inspired the book, and how David came up with the story line. So I asked. Take it away, David!

Well it’s kind of weird and a long story really – but you asked for it!

During my archaeology degree I became a bit obsessed with a guy called Akhenaten. If you haven’t heard of him he’s King Tut’s father and in Egyptology circles is known as ‘The Heretic’ (mainly due to him being the first person in history to come up with some wacky notion about there only being one god).

Towards the end of my degree it was suggested that I’d be able to lord it over lesser mortals if stayed on in college and got a Ph.D . . . unfortunately to do so I had to write a thesis. The standard topics were ringforts, megaliths and basically anything in not built by those pesky English. Being about as interested in the suggest topics as I am in the latest Enda Kenny monologue on the progression of the fiscal stimulus package (oh and for the less educated amongst ye Enda Kenny is our esteemed leader) I decided to try to write it on Akhenaten instead.

Thing is, once I started writing it, for some reason it started coming out as a story instead of a thesis, so soon enough I gave up on the whole Ph.D idea and decided I’d lord it over lesser mortals by writing a novel instead. That’s when the kinda weird thing happened. I had this one character in the developing masterpiece . . . an old slave, a woman . . . Shiri. And I just sort of got attached to her and ended up wanting to write her story.

So that’s what I did. I went back in time from Akhenaten to when Shiri was a child back in . And her story just sort of poured out . . .


That is really cool. Thanks for sharing that with us, David!
So if you haven't already, please go visit David, you can find him on:
DS Taylor (blog)
Goodreads
Amazon

Email ThisBlogThis!Share to TwitterShare to FacebookShare to Pinterest
Labels: book, can't wait to read this, DS Taylor, Egypt, I have a dung beetle on my head, lockmeupology, SHIRI, yes but do you like my costume?