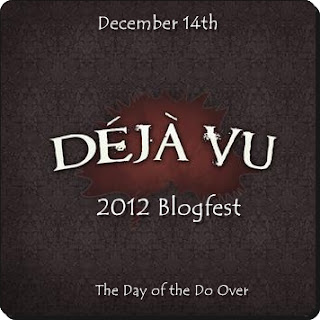 DL Hammons over at Crusing Altitude is hosting Write Club the Déjà Vu Blogfest! The idea is simple, re-post one of your favorite posts from 2012, or one that never received the exposure it should have.

I never know what to post for these kinds of blogfests because it feels like only yesterday I started blogging. And technically, I've only been here since February, so yeah my blog is still in diapers. However, I did come across this post that I wrote after a good solid month of blogging under my belt. Some of you may remember this one (my apologies in advance, you may run now while you still can :p ).  The rest of you better hold on, it's going to be a bumpy ride. 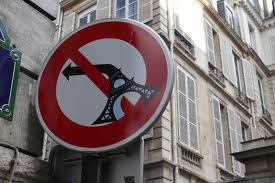 When I moved to  almost 10 years ago, I had never driven outside the . I was accustomed to clearly visible street signs, the grid system, stop and go traffic, 4 way stop signs, big bulky automatic cars, defensive driving, and bumper stickers.


But when I got to , I had to forget everything I thought I knew about driving, because it would only get me killed. In a nut shell, driving in  was like being trapped in a huge pinball machine with multiple balls flying at me from every direction.  Quick, TILT!

At the time, my job was 70% field work which required extensive driving in , intra-muros (the city within the beltway). The first day driving, I followed a colleague and tailgated her so closely, I could have changed her radio station. Not a safe way to drive, but I was a stressed out wreck, afraid of getting lost, and I was driving a Twingo which is nothing but a glorified tuna can on wheels. Meep, Meep. When I got home that night, I cried. But, got up the next day and gave it another go. And over the next few months I began adjusting to a new country, a new job, a clutch, a new language, etc, and I also learned to get used to insane things like:


This crazy little law states that while driving along a road, anyone joining from your right hand side has priority over the main road on which you are driving. Come again? That means they do not have to stop. Hun? Instead, you have to slow down and let them merge no matter what road they were on!? It’s a pretty dangerous law imo especially for foreigners, but don’t worry, this driving rule is not widely used anymore! Nope, you just have to guess if the French driver up ahead is going to yield or shoot out in front of you. No sweat :/

Street signs: means to give drivers invaluable information, like what street I’m driving on! It’s the best method to help you get from point A to point B without having to go through the North Pole first. I believe

French street signs are actually a national inside joke, made to confuse and infuriate foreign drivers. The signs in the city are small, often located far off the street and nailed to the side of a building usually behind a bus stop.  Brilliant.  And don’t think these babies are lit up at night either. In short, Parisian street signs are more useful on a hook as decoration in your kitchen.


Another thing I had to get used to, traffic circles. Though I must admit, I now prefer traffic circles that maintain a certain flow, over traffic lights that bring cars to a halt. You just have to make sure it’s a real traffic circle (where you yield to those already in the circle) as opposed to the fake traffic circles where you have priority, but must yield to on coming traffic on your right! Luckily, I didn’t have to deal with too many of the latter.

So really, traffic circles weren't that bad, with one exception: Driving around Surviving Place de l'Étoile. You know, the big traffic circle with the Arc de Triomphe stuck on top. First, don’t let the name fool you. It’s not a traffic circle, it’s a Sphere of Hell. It has at least 12 different streets dumping into it and the only way you find yourself there is through unfortunate circumstances (you couldn't read the tiny street sign and took another wrong turn) and voilà, welcome to driving hell. Now, you find yourself having to cross over 6, unmarked lanes of spastic, high-speed traffic or be condemned in spending the rest of your life driving around in circles. How did I survive Place de l’Etoile? Two words: Aggressive driving.


This is the only way to drive safely in . Ignore what the cars are doing or want to do beside you, or behind you. Now, don’t confuse aggressive with reckless. French drivers may be aggressive but they are not necessarily reckless and they will avoid hitting you if you are in front. Therefore, keep your eyes only on what’s in front of you and GO! Learn to use the gas peddle, accelerate hard or get run over. This is where knowing how to use a stick shift is so important!


After several months of driving in , I still hadn’t gotten used to it and it remained a stressful exercise until the day I finally purchased a PalmPilot with ! Do they even make PalmPilots anymore? Anyway,  saved what was left of my sanity and removed most of the stress of driving in the city. I no longer worried about missing the sign for a street that I wouldn't be able to read anyway. Getting lost was no longer an issue,  would recalculate. And I could now successfully avoid the Sphere of Hell. YEAH!


After two years living in Paris, I finally moved to the countryside where driving is much more reasonable and nothing like . But sometimes, I do miss the excitement. Ha, just kidding!

Thanks DL for hosting DEJA VU! Today is a crazy day for me and it'll be an even crazier weekend (gotta practice my prancing) so I want to apologize in advance if I have trouble visiting blogs today but I'll get to them over the course of the next few days. Hope everyone has a great weekend!
(: