A Post About Ultimate, Sh*t, Luck, And Breaking Legs

What does breaking a leg and shit have in common?


"Break a leg" is a popular idiom in the States which means "good luck," and is often used by actors and musicians before a performance. The origins of the phrase is unclear but it has always been considered bad luck to wish someone good luck before they go on stage. Therefore, wishing them to 'break a leg' is supposed to do the opposite. Anyway, over the years the term has filtered outside the theatrical world and people will sometimes use it to simply wish someone good luck.

In France, we have a similar saying which is simply "merde" which means 'shit.' Though it's also common to hear people say "Je te dis merde!" which roughly translates to "To you, I say shit!" So before dancers, musicians or actors go on stage, people will wish them shit (merde) for good luck. And just like with ‘break a leg’ you can also use this term for someone who is about to do something difficult like take an exam for example. Who says the French aren’t romantic! Bah!

So what does this have to do with anything? Well, today I'm asking you all to please wish me shit or merde if you prefer.

Two months ago I joined an Ultimate club. It's not a well known sport, but oh is it SO MUCH FUN to play. It's also the first time I've ever played a team sport. Unfortunatley, my love for Ultimate doesn't equal to how good I play. In fact, it’s pretty much the opposite. I'm a terrible player. However, my teammates are awesome, really supportive, and patient. (^_^)


Anyway, tomorrow I'll be heading out for a two hour drive with the team to play in our first tournament. Six games in two days. Just thinking about going is stressing me out to no end. I worried about all kinds of things, but here's a sample:

--Forgetting the plays and being in the wrong spot at the wrong time, 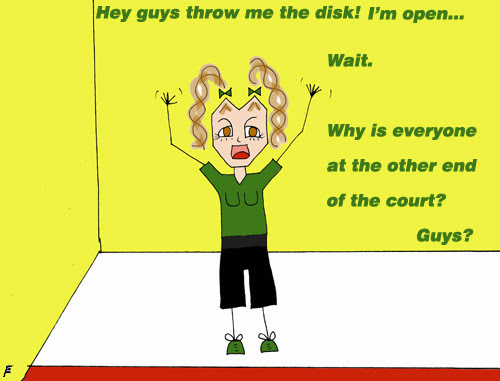 --Not being good enough to play, 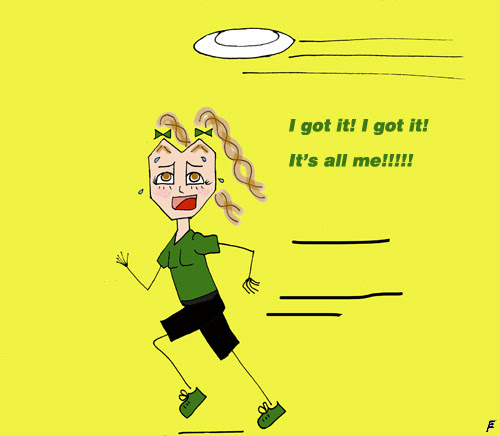 --Costing the team points because I suck,

--Disappointing my teammates and the coach . . . 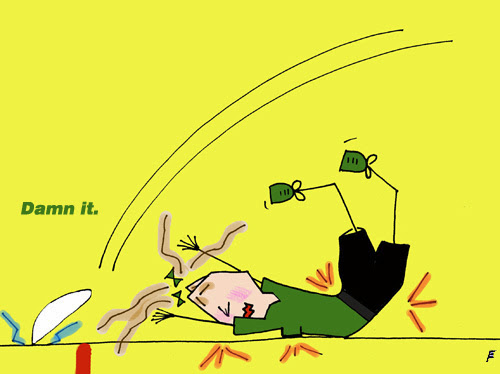 . . . The list is embarrassingly long folks. And oddly enough, when I place my worry list next to my insecurities about writing, guess what? They are freakishly similar. I guess it boils down to not wanting to disappoint or be a disappointment.

So, in light of my first official Ultimate game, I would love for you to wish me 'shit' in the comment box. You know you want to. Feel free to write it anyway you please. Be creative or not. You can write a simple 'shit' or a big ‘SHIT’. You can italicize your shit if you like or be bold with it. You can star your sh*t if you prefer or if you're feeling your French side, you can just tell me 'merde.' That'd be ok too. In short, if it sends good luck my way, I'll take your shit in any language. (: And, if--IF I'm at all lucky this weekend and we win a few games, and I don't literally break a leg . . . then I'll give an update. If not well, tough shit. :P

Have an awesome weekend everyone, and "merde" if you need it!

Oh and if you're interested, check out the highlights of the Mixed (men and women) Finals I found on Youtube, as well as some of the top plays shot this year. These folks are crazy good.


A need to let you know how potent your shit has been and I can't thank you all enough. (^_^) Despite a bruised hand and chin, and feeling every muscle in my body ache, of the six games played, we left Sunday night undefeated! Of course we still have a ways to go, our next round of games will be in February, but we’re now ‘a team to beat.’ Now, being the worst player on the team I can't take much credit for this, however I did catch and score two points in two different games and that feels awesome. Big hugs and congratulations to my teammates who are INCREDIBLE!

Email ThisBlogThis!Share to TwitterShare to FacebookShare to Pinterest
Labels: break a leg, go ahead and give me some shit, good luck, merde, shit puns, so hard not to fill this post with shit puns, this is a shit post, waiting for Gary's shit comment