Australia - A Source of Inspiration

I'm excited to have Carolyn Brown over as part of her Protector's of Aidensdein Blog Tour! Carolyn has a special post for us today so let me just move over and let her talk to you about one of her biggest inspirations for her two books. (:

The Sunshine Coast of Queensland, Australia! 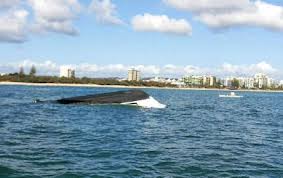 This magnificent stretch of coastline runs from the north of Brisbane (which is the capital city of Queensland) to the Fraser Coast, which is an island off the coast of a country town called Gympie.  It stretches over 100 kilometres and is known for clean, beautiful surf beaches which are surrounded by tropical forests and backs up into the hinterland.

At the heart of the Sunshine Coast lies the city of Maroochydore, expanding along the Maroochy River which is flanked by coffee shops, restaurants and the main shopping complex of the region. 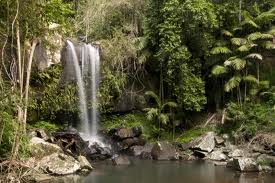 To the north are several beaches and small towns, leading to the well-known coastal town of Noosa.  To the south lies another expanse of coastal beaches, stretching to the older coastal township of Caloundra and just at the southern stretch of Caloundra sits Bribie Island. 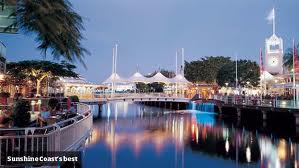 The Great Dividing Range is a continuous line of mountains running along the east coast of Australia.  The mountains are dotted with beautiful rock pools and water holes, hidden among the tropical forests, where small tourist towns are situated, which sell arts and crafts as well as restaurants and coffee shops. 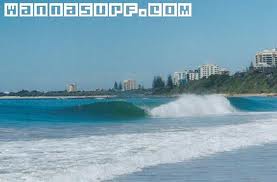 There are many well-known surf beaches along this stretch of coastline and as the characters in The Protector Series all surf; it was a natural decision for me to include some of these beautiful destinations into the stories.

Jazz and her friends surf at the popular Alex Headland, which is part of the coastal city of Maroochydore.  As this is a tourist destination, there are cafes and restaurants, bars and night clubs, large shopping complexes and amusement parks scattered across the coast to provide entertainment and cater for a large number of visitors and residents. 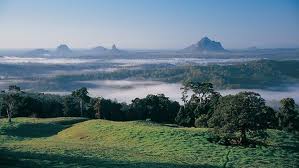 In book one, He Came For Me, I introduce the surf beaches and the Hinterland, where Seb and Jazz take a short trip into the mountains to swim at a waterhole and while there, have lunch at one of the many cafes.

The beginning of book two is set in the city of Maroochydore, where Jazz lives.  The story concentrates on the restaurants in the area.  The infamous Loo with a View is also mentioned.  It is a very elaborate toilet block which overlooks the beaches and hosts a live web cam of the beach.  The Residents are still paying for its construction in our rates. Lol!

I have downloaded photos from the web, unfortunately with the wild weather we have been having, I just did not get the opportunity to take my own, also the beaches are a little worse for wear at present, but they always return to their former glory, a few weeks after onslaughts.

I hope you and your readers have enjoyed reading a little about the Sunshine Coast Elise and as this is my last stop for the tour, I would just like to say thank you to everyone who participated.  It has been fun, (although a lot of work) but certainly worth it and the lovely comments, support and genuine interest has been appreciated.

BLURB: He Came For Mine, Book Two in 'The Protector Series' 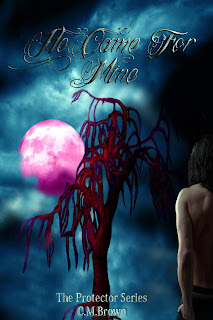 Fending for herself for almost two years,
Jazz worries she will never see Sebastian again.
A new man enters her life, but he holds a secret.

Will Jazz trust him?

Sebastian discovers an ancient ritual which must be performed
on the Chosen One's son before his first birthday, or he will die.

He returns to Earth to find Jazz in the arms of another man.

Carolyn Brown lives on the Sunshine Coast in Queensland, Australia with her husband and two young adult children. She works in education, supporting high school students with Learning Difficulties, helping to improve their literacy and numeracy skills.
Her novels target a New Adult audience and focus on the genre of paranormal romance.  Included in the stories are the wonders of the beautiful area in which she resides, sharing the different aspects of the coastal tourist mecca.
She spends her free time relaxing on the beautiful surf beaches of the area, walking, swimming, reading and writing.

a Rafflecopter giveaway
Posted by Elise Fallson at 00:00

Email ThisBlogThis!Share to TwitterShare to FacebookShare to Pinterest
Labels: book tour, books, carolyn brown, guest author, he came for mine, protector's of Aidensdein