For the second Campaigner Challenge, Rachael has given us 5 prompts and a range of different activities to choose from. I've decided to have a go at #2:

Write a short story/flash fiction piece of less than 200 words based on the prompts.

I wasn't sure if we could pick a prompt to write about or not, so I just used them all! I've labeled the prompts in green to make it easier to identify them in my text.

Prompt 1: (boy and mother at the end)Two people are sitting together under the remains of a concrete bridge. Their backs are against a rusted bridge support. One person’s leg is cut. The other person has wet hair. 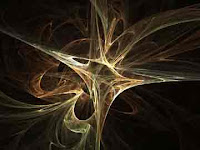 Here is my flash fiction entitled: The Insubordinate. Enjoy!

“This is your last test. Pass, and you will escape the Recycle Mines.” Images of children forced to work the mines haunted my thoughts. I’d do anything to avoid that kind of punishment.


I nodded, keeping my eyes to the horizon. I knew better than to look directly at the Culperion.


“On the bridge is a human child. Do you see him?” Focusing my mind, I activated the artificial photoreceptors in my right eye. The bridge was miles away, but the target and his mother came into view as if they were at arms length.


Instead of charging with heat, my hands went cold. Did I hear him correctly?


Adrenalin filled tears rushed from my eyes. My hands charged with white heat. I took aim. The bridge... I knew what I had to do. I released an energy flare taking out both support beams. The bridge began to collapse. I immediately released a second blast, the water cone. It funnelled through the air encapsulating the humans. A scraped knee and wet hair among the concrete rubble is all they would endure. I however, would suffer for my insubordination.

Email ThisBlogThis!Share to TwitterShare to FacebookShare to Pinterest
Labels: Flash fiction, I am number seven, thanks everyone who helps out during the campaign, Thanks Rachael, writers' platform-building campaign