All can rejoice, for the end of January has come to pass (or as I liked to call it--Helluary). Seriously, January was a shitty month, physically, emotionally, personally but it was also crappy on a global scale....

There is nothing I'm going to miss about January. This is a typical Galette des Rois with an almond flavored filling called frangipane. It's one of our favorites along with the apple and chocolate versions, and it's sold during the entire month of January. Because, you know, we haven't eaten enough sweets and desserts since December....October. 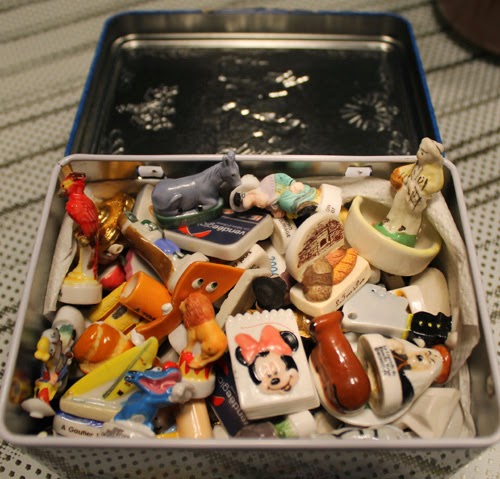 Anyway, what makes this cake so fun and interesting is its potential choking hazard. Baked inside the cake is a small token/figurine called a fève.

Many people, both young and old collect fèves, and as you can see, I've been collecting for a few years.... 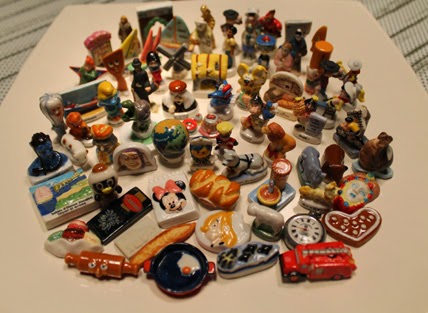 The tradition where I live says it's the youngest at the table (usually a child) who decides who gets which slice of cake. The child sits under the table and calls out someone's name, and they get a slice, and so on and so forth.

Anyway, whoever gets the token has the honor of putting on the crown and is named "King" or "Queen." But more importantly, they get to buy the next cake. Sucker!

Here are some of my favorites: 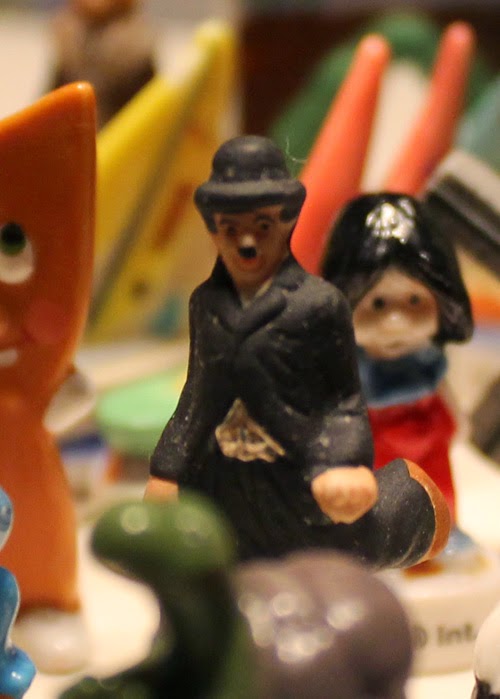 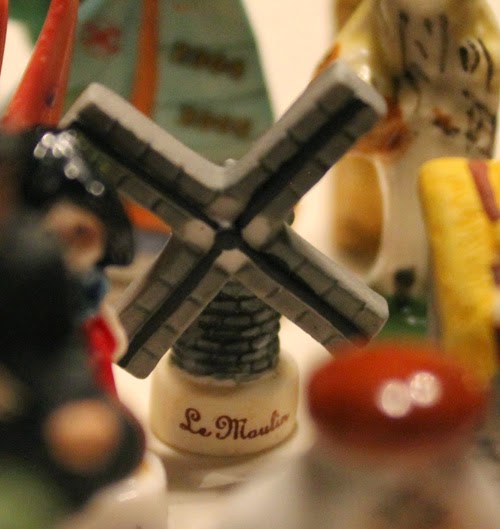 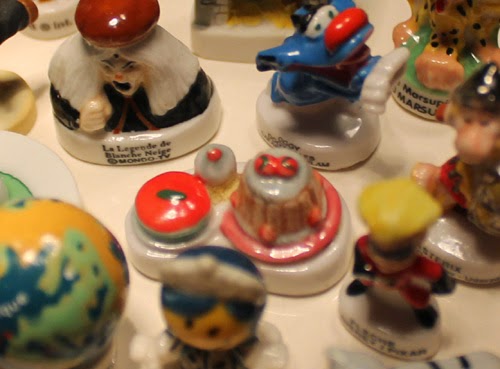 And this one just creeps me out for some reason.
Yuck.


Now of course, a cake like this would NEVER make it in the States. These little figurines fail the small parts test, and the fear of choking or getting sued is off the charts.

But around here, everyone knows what to expect when they buy the cake and kids are warned to not be stupid and take care while eating it. And if they're anything like my kids, (impatient) they just pull off the top of their slice to see if the token is in there and pick it out with their fingers.


Anyway, last week my family enjoyed our last Galette des Rois and guess who got the token? Yep, ME! I even took pictures! 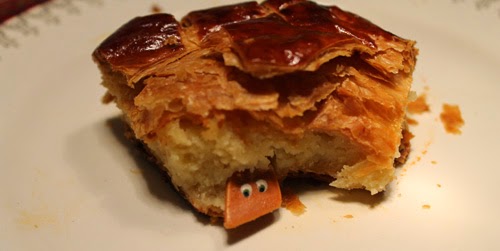 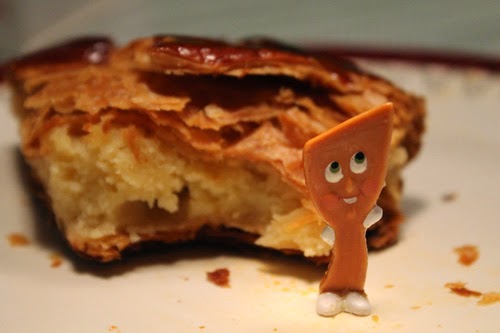 And what do you know, I didn't choke or anything. :P

Now, give me that crown!

Anyone ever eaten King's cake or something similar?
Posted by Elise Fallson at 05:55