IWSG: Making the Most of a Difficult Situation 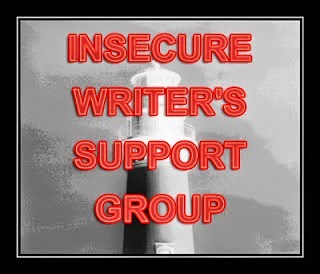 There's this saying in English:

It's a good saying.

After living for over 10 years in France, I've noticed they have a similar saying except it goes something like this:

- If it ain't broke, break it, make it obscenely complicated, non user-friendly, and then make the people pay for it through higher taxes.

The French government recently reformed the primary school timetable, forcing it to go from a workable system to a complete after school mess, leaving kids, teachers, daycare, and staff unable to cope, and struggling for financial resources that they don't have. *deep breath*

I'll spare you all the details because I don't have the energy to write all the expletives that would accompany my rant. And really, AIN'T NOBODY GOT TIME FOR THAT, MERDE!

But the gist of it is I'm now having to wait 2 hours in my car  after lunch (because of our tight budget and limited options) to pick up my kids when school lets out. And, I'm paying higher costs for a school bus system that my kids can only use half the time. FAIS CHIER!

Now, a lot of the problems we're having with the timetable is because while the public school system had no choice but to comply with the reform, the private schools didn't, they basically gave the government reform a giant middle finger (and I don't blame them) but the trouble is they use the same bus system as the public schools....but they're on a different timetable.. and there are limited buses....see how this can, and has, turned into a mega cluster failure? PUTAIN!

Anyway, these dumbass, brainless changes have also impacted my time as a writer. Which is to say, I now have less and less time to write during the day. So, seeing how I'll be spending lots of time just waiting in my car, I've decided to make the most of a shitty situation. I'm going to pack my laptop and use that time to write. When it's hot, I'll bring some water and I'll keep writing in the car. And when the cold comes in, I'll bring an extra blanket, a thermos, and I'll keep writing. And when it rains and pours, I'll just keep writing.

Who knows, this may be the best thing that has happened to my writing schedule in a long time. No house work, no garden, no grocery shopping, no distractions, just me and my laptop. Could it be, I'm actually looking forward to this? O_O  It'll be interesting to see if this works out, even if only a little. I'll let you know next month. Wish me luck and I hope you all are faring better than I am!


------
Many thanks to Alex Cavanaugh our IWSG super-host and his awesome team of co-hosts this month. To find out more about the IWSG monthly bloghop, or the IWSG website, feel free to click the highlited links or the button on my sidebar.

Email ThisBlogThis!Share to TwitterShare to FacebookShare to Pinterest
Labels: cussing in French is le shit, IWSG, making the most of a crappy situation, The W BEFORE the S folks