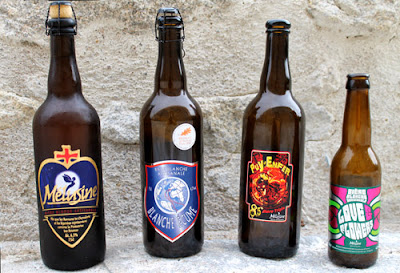 Recently, I sampled a few local beers : Mélusine, Blanche Ecume, Love & Flowers, and Puy d’Enfer. Each had their own personality with eye-catching labels that made it feel like I was looking at book covers. Plus, the larger bottles (75cl) were corked a bit like champagne bottles which was fun. 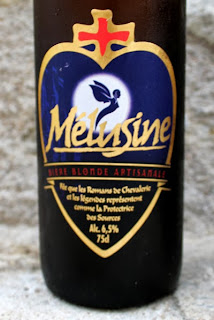 Anyway, of the four I drank sampled, the one I preferred was Mélusine. It’s a dry beer with a 6.5% alcohol content and is the kind that tastes great on a hot summer day. 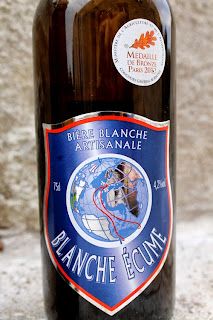 The second one I tasted was the Blanche Ecume. Despite its bronze medal win in Paris last year, the Blanche Ecume (4.2%) was just ok in my opinion. It was a little weaker in taste compared to Mélusine but not bad. 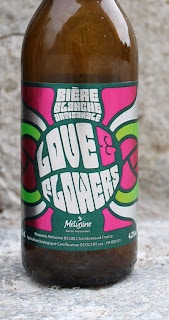 After that, I tasted Love & Flowers (4.2%). From the label alone, this beer certainly targets a more feminine palate. I was curious about this beer because on the back of the bottle it says it's flavoured with flower petals and hops. And indeed, it did have a subtle rose flower aroma to it. But, the taste doesn’t last in your mouth, and I like beers that tickle my tongue and linger in my mouth a bit. 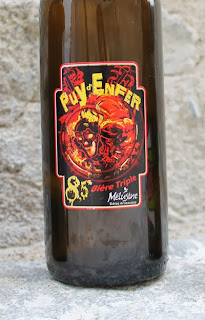 Then, I tried Puy d’Enfer that had the highest alcohol content, 8.5%. This one I did not like at all. Blaeeeah. It was really bitter with a strong taste of hops. It was like licking a thorn bush. The word ‘Enfer’ translates to Hell, so the label was aptly chosen. This beer did indeed taste like Hell.

ANYWAY, what was interesting about all these beers besides taste, is that they are made by the same brewery: Mélusine. And even MORE interesting, is in the European literary world, Mélusine (which rhymes with magazine) refers to a mythical creature described in many legends. There are different variations of Mélusine but she is usually depicted as a fairy, mystical female spirit or a kind of half-human half-serpent creature.

The first literary version of Mélisine was written in the late 1300's by Jean d'Arras, a French poet and composer. The story basically tells the tale of a man named Raymond of Poitou (a real province in France) who meets a woman named Mélusine in a forest. He falls in love with her and asks her to marry him. She says yes, under one condition, he must never enter her chamber on a Saturday. He agrees and keeps his promise (for a while). They go on to have a family and their lives prosper, until the day he breaks his promise and sees her in her true form: part woman, part serpent. After that he calls her names, she turns into a dragon, and all hell breaks loose (I'm simplifying just a tad, can't you tell?)

Anyway a while back, friends of ours offered my kids a book about Mélusine. This children's version is called, The Fairy Mélusine talks about the region we live in. 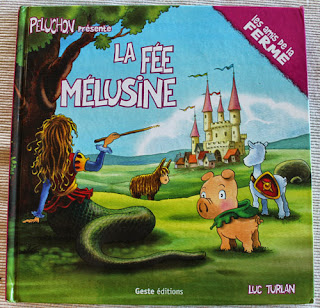 In this book, poor Raymond meets beautiful Mélusine in the forest. She sees in him a good man and asks him to marry her. She tells him she has the power to make him a wealthy man under one condition, he must never disturb her in her chamber on Saturdays. He agrees. 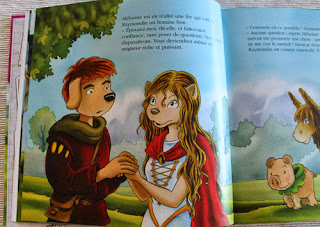 Soon after they are married, she uses her power to create castles and churches throughout the region (all of which are real places that can be visited today.) 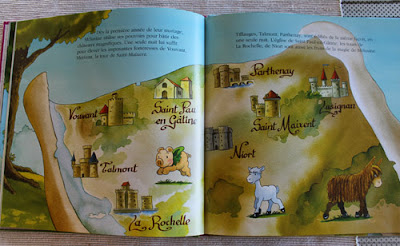 They live in a beautiful castle in a kingdom that prospers, have a large family, and everything is perfect until. . . curiosity gets the better of Raymond.

One Saturday, he peeks through a hole in the door and sees Mélusine in her true form; part woman, part serpent. 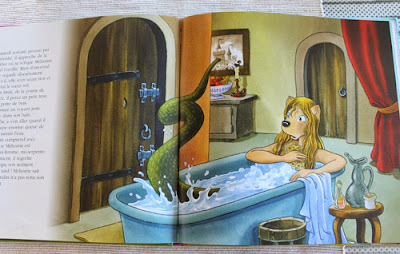 Turns out, Mélusine is cursed and Raymond's betrayal condemns her to grow wings and leave the kingdom forever.

Little by little, all the kingdoms she created fall into ruin. 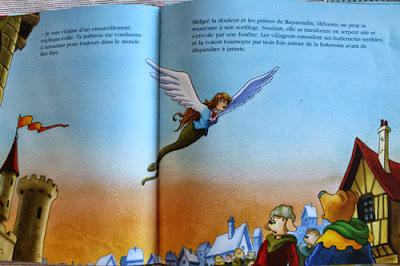 Moral of this story is:
Respect a woman's privacy else you lose all your shit.