DL Hammons at Crusing Altitude 2.0 and I welcome you to WIP IT GOOD a bloghop intended to spotlight your [W]ork [I]n [P]rogress.

I'm actually working on three projects that are in different stages of the writing process. The first one, is an epic fantasy that's still incubating. I want to keep this one all to myself for now. The second, is starting to crawl on all fours, but already has so much potential it makes me want to scream about it from the top of the blogosphere. But alas, this one is still top secret.  (; So that leaves me with my final project to share with you guys today.

I know what you're thinking, that's a lot of words to slauter. Luckily for me, I know which ones to murder. Muwahahah.

How long you've been working on manuscript: Too frickin long, which for me means 3.5 years.

Elevator pitch line (if you came across an agent in an elevator, what couple of lines would you use to summarize your book):

Ok, so if I came across an agent in the elevator I'd say:

"Represent me or I'll stab you in the eye with my click pen."   *clicks twice for effect.*

How's that? You don't look convinced. Am I giving away too much? I've been told I have a tendancy towards melodrama. . .

Fine. Then how about this (the super short version):

Twenty-three year old Edessa Scottwood would do anything to find her mother's killer, even if that means becoming a powerful witch and falling in love with the wrong vampire.

Ok, I suck at writing synopses so here's a brief blurb/description that I was still rewriting this morning! ugggg.....

Under the influence of an evil spell, twenty-three year old Edessa Scottwood had parts of her memory erased. Gone were questions about the mysterious Anchor Protein her mother was working on or the contact who tried to retrieve the protein after her mother was murdered. The spell had convinced suicide was her last option. She found herself at the edge of a cliff, and jumped. But instead of meeting death, someone or something saved her.


In a secluded safe-house, ’s estranged aunt reveals the truth about her lineage— is a witch like all the women in her family before her. With help from her aunt’s coven and a vampire named Ayden, will unlock her hidden powers and retrieve lost memories. She realizes the only way to get revenge for what happened to her mother is to uncover the importance of the Anchor protein and its connection to a warrior-like witch who is being hunted by a secretive group of vampires. chor Protein before it gets into the wrong hands, even if that means traveling across the world with Ayden, a vampire with dark secrets of his own. Many lives depend on ’s success—witches, vampires, and possibly the whole human race.

Beta reader? Yes! This wip is currently going through a few more targeted rewrites but I'll be looking for one courageous Beta reader willing to suffer read through my ms sometime near the end of July.


Thanks to everyone sharing with us today and for stopping by and showing support! DL and I are looking forward to reading all about your projects.

Oh, and one more thing . . . because it's been a while since my last Friday crackmeupology, I decided to post this-- 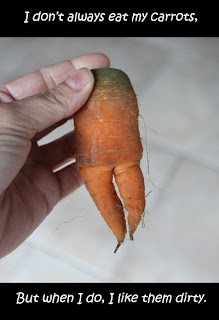 Have a great weekend everyone!
:D
Posted by Elise Fallson at 01:06

Email ThisBlogThis!Share to TwitterShare to FacebookShare to Pinterest
Labels: bloghop, bombs away, crackmeupology, Gary loves bloghops, show me what you got, wip, wip are cool but whips hurt, Wip It Good, writing, you all have awesome projects