Timbrology is the study of postage stamps, derived from the French word timbre, meaning postage stamp. Timbrology is also known as Philately. The study of stamps is more than just stamp collecting, it is also the study of postal history and other related items not necessarily involve the stamp collections. It is possible to be a philatelist without owning any stamps. For instance, the stamps being studied may be very rare, or reside only in museums. Don't laugh, but I have a huge stamp collection from all over the world and some of my stamps are over 40 years old. Yes, I'm a dork with a lifetime membership.

The stamp pictured below is called the Treskilling Yellow. It is expected to sell at £5 million. It was printed in yellow by mistake, and should in fact have been green, which makes it very rare. Click HERE if you want to know more about this little yellow piece of paper worth millions. 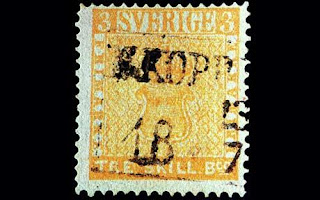 
Tartarology: a doctrine about Hell and punishment in the afterlife. You know who's an expert about Hell and the horrors that happens in the pit? Dean Winchester. He's actually been there and back. *swoon*

Telmatology: a branch of physical geography that studies wet lands, as marshes or swamps.


Tsiology: The study of tea, usually in the form of a treatise.

Trichology: From Greek "hair" is the branch of dermatology that deals with the scientific study of the health of hair and scalp. Trichology can be used in forensic studies of hairs to find suspects. Forensic trichology can determine the approximate age, body mass, race, and other important traits of the hair's owner. If you watch enough CSI you would know this. (;


Thanatology: The scientific study of death. It investigates the mechanisms and forensic aspects of death, such as bodily changes that accompany death and the post-mortem period, as well as wider social aspects related to death. It is primarily an interdisciplinary study offered as a course of study at numerous colleges and universities. The word is derived from the Greek language. In Greek mythology, Thanatos "death" is the personification of death.

Tegestology: Derrived from a Latin term defined as the practice of collecting beermats or coasters, with practitioners known as tegestologists.

Email ThisBlogThis!Share to TwitterShare to FacebookShare to Pinterest
Labels: I can flip beermats all over the floor, Stamp, tea time, that's a lot of money for a piece of paper, timbrology